Our return to model railways

When Chris and Jeremy returned to railway modelling over a decade ago, after a gap of many years, Their first act was to go to a newsagent and buy a copy of all the available model railway magazines.  The intervening years had brought some new names, great improvements in ready to run stock and many new materials and methods but in principle the hobby did not seem to have changed much.  Tucked away in odd corners and advertisements however was the occasional mention of a system called Digital Command Control, DCC.

Starting again from scratch there were no constraints, other than the usual ones of time, space and finance, on what and how to do. Reading about DCC it was quickly apparent that this could be the answer to a reluctant electricians dream.  Research followed and fairly quickly revealed two significant facts:

The exceptions to the second fact were shops selling Continental or US outline but the nearest that carried DCC kit was 90 miles away. Undeterred a birthday outing was undertaken.  The standard yard of flexi-track did not provide a great hands on test drive but Chris was still convinced enough to leave with a DCC set, a transformer, two decoders and a DCC ready BR loco.  That this was indeed the answer to a dream was quickly established and the build of a layout began.

Though they had known each other for some years the mutual interest in model railways had not been appreciated.  Jeremy was one of those people who takes things to pieces to see how they work before using them.  He is at his happiest with screwdriver and soldering iron in hand; fitting decoders was second nature and fearless use of the angle grinder to create space is a trade mark.

The versatility of DCC, not neccesarily NMRA, allows you to play trains (ie follow prototype practice) better than any other system.  With that realisation came regret that the UK hobby seemed so far behind in exploiting the technology and the modeller so poorly served in knowledge and equipment by the UK retail trade.  The next step was clear, we wanted to spread the word and increase availability, especially locally, and to supply it was the obvious way.

The idea of Digitrains was conceived over the dinner table and grew very slowly as doubts calmed missionary zeal. We finally took the plunge in January 2005 and are fortunate to be dealers for some of the best and most user friendly DCC equipment available.  We wanted to take DCC to the modeller and to provide a facility where its advantages could be demonstrated.  We thus have two demonstration areas; the mobile, N gauge, system that we take to shows and fairs and our permanent demonstration area which includes N, HO/OO and O gauge trackwork.  We really do provide a test drive not just a yard of track.

We continue to grow

We have now expanded into larger premises, and added to the services and producs that we offer. Supplying locos to fit decoders to was quickly followed by requests for further rolling stock and then track to run them on. Then came scenery and lineside items. When we started we did not claim to be a fully fledged model railway shop as our stock of rolling stock and scenic items at our first premises was limited but our new showroom and workshops have allowed significant expansion and we aim to provide a more comprehensive range and service to the railway modeller. Chris finally decided to retire in 2015 and is now back to building his dream railway. Jeremy and Nicole now own and run the business and still attend many exhibitions around the country. The shop is open six days a week and our staff are always happy to help. 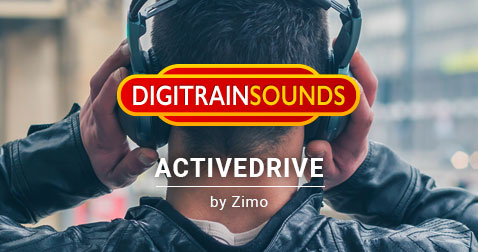 Our YouTube channel contains a plethora of videos demonstrating our range of products, including our highly requested ActiveDrive sounds.